They were compiled between 1823 and 1837 and record the amount of tax  which occupiers (regardless of religion) of agricultural holdings over  one acre paid to the Church of Ireland (the main Protestant church). Urban areas are not included as it was a tax only on agricultural land.

From these we can see that a total of 58 heads of households paid their tithes to the established church. A further breakdown shows a count for each county

As we can see from these figures the majority are from Kilkenny followed by Co Tipperary.

The original documents can be found on the National Archives site  http://titheapplotmentbooks.nationalarchives.ie

♦Among those listed on the Tithe defaulters list for Co Tipperary is my great great grandfather James Cass from the parish of Thurles.

This was  a property tax survey carried out in the mid nineteenth century under the supervision of Sir. Richard Griffith  It was a detailed valuation of every piece of agricultural land and built property in Ireland. It lists every landholder and every householder in Ireland and is arranged by county, barony, Poor Law Union, civil parish and townland.

Edward Cass, Poor Law Union of Thurles, Barony of Eliogarty, Townland of Holycross,Parish of Holycross. Here we also have 3 other names Patrick Farrell,John Lawton (a,b and c) who rent between them 33 perches from Rev Garrett Wall while Edward rents houses and lands of 16 acres, 3 roods and 20 perches.

Patrick Cass/Francis Cass, Poor Law Union of Thurles, Barony of Eliogarty,Townland of Kilkillihara,Parish of Loughmoe West. Both are renting between them house, offices and lands of 25 acres, 2 roods and 8 perches. Immediate Lessor, John Carden.

John Grenham on his website https://www.johngrenham.com/ which is a very informative source gives a breakdown by County

Sadly, no records relating to Cass households survived the 19th century census. However The Old Age Pensions Act 1908 was introduced -a non-contributory pension for eligible people aged 70 and over, They had to have an income of less than £31.10.00 per annum and to ‘be of good character’

Because civil (government) registration of births did not begin until 1864 those eligible for a pension often had no way to prove their age. In order to prove that an applicant was entitled to a pension, So it was decided that searches of the 1841 and 1851 census would be acceptable as proof of age. So Officials searched the 1841 and 1851 census to determine if an applicant was eligible for a pension

2 Cass names appear on this form. Both from Kilkenny. Census details are from 1851

Details of my grandfather  Martin Cass in the 1901  Thurles census 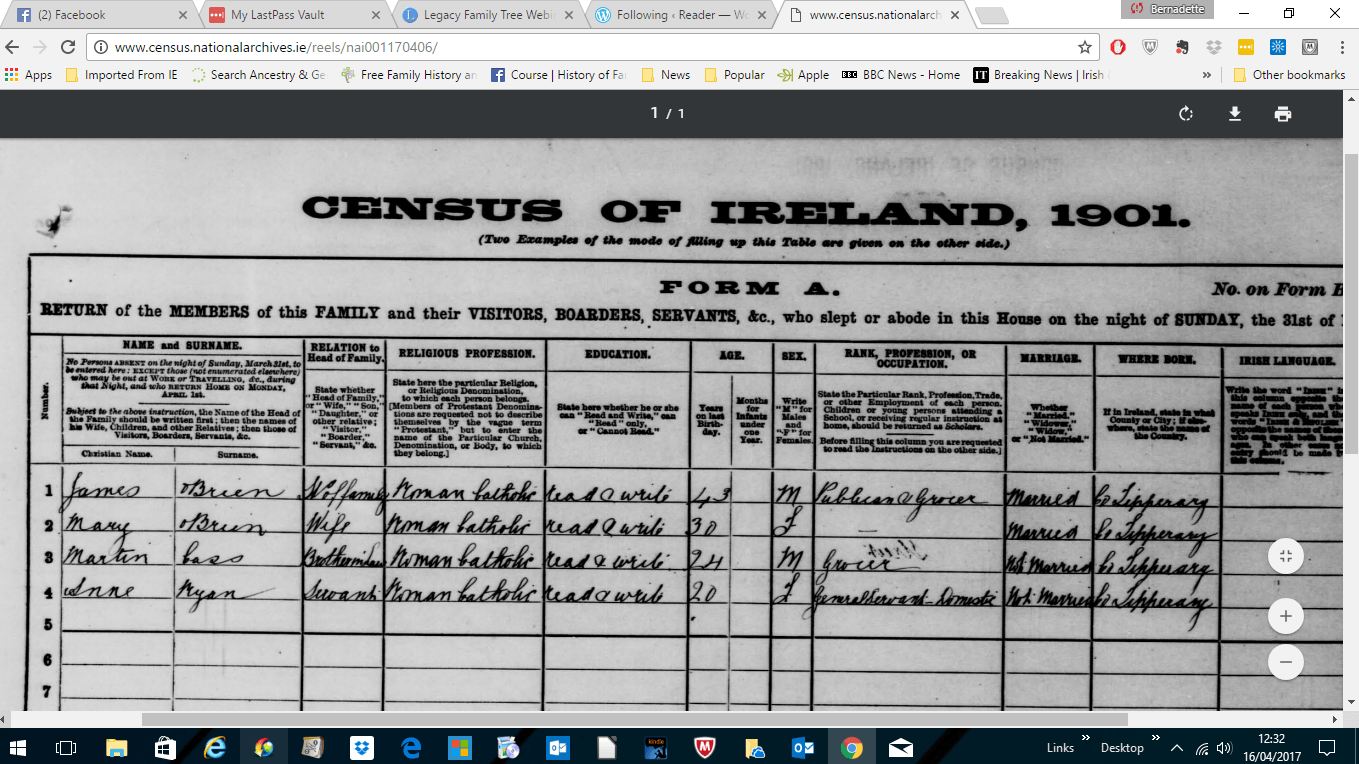 In the 1911 census there are 186 individuals named Cass

Image from 1911 census of my grandparents.Land and Census Records 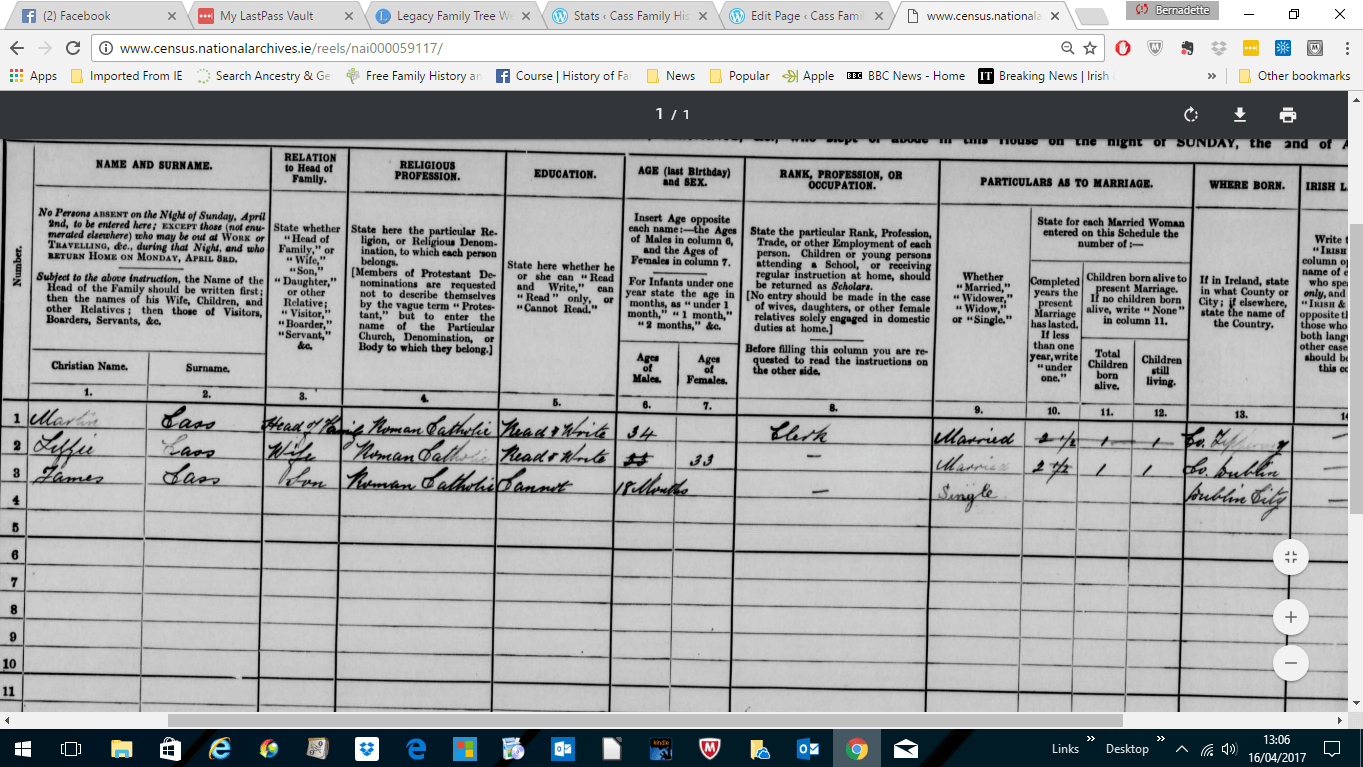 The Tithe Applotment Books are online on the National Archives site http://titheapplotmentbooks.nationalarchives.ie/

There is a manuscript book for almost every civil (Church of Ireland) parish in the country giving the names of occupiers of each townland, the amount of land held and the sums to be paid in tithes. Because the tithes were levied on agricultural land, urban areas are not included.

Between 1830 and 1831 many refused to pay their taxes. Among them was my ancestor James Cass from Thurles These records are listed on the paying site www.findmypast.ie and include the following information for each defaulter; Name Occupation Address, Parish, Barony, County

this is available on the free site www.askaboutireland.ie.However,the included maps were drawn 10 years after valuation.
The website www.findmypast.ie also has these records as part of their subscription package . However, the original maps as created at the time of valuation are included on this site

1901 and 1911 census are the only complete sets available. These are on line http://www.census.nationalarchives.ie/